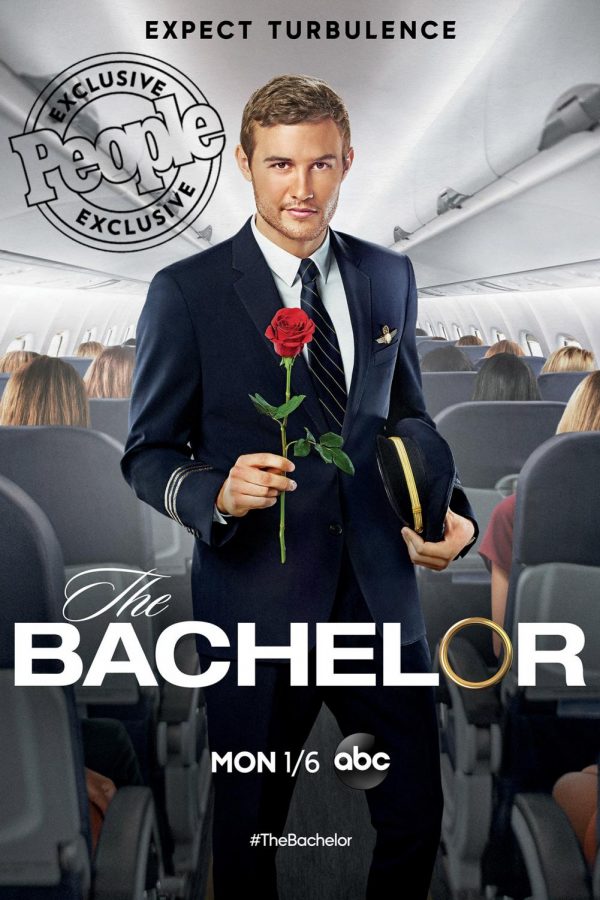 Pilot Pete is back and ready to take flight!

After a devastating breakup with Bachelorette Hannah Brown, Peter Weber, a twenty eight year old Delta Airlines Pilot,  is back and ready to find true love as the 24th season’s Bachelor.

After the season premiere on Monday January 6th, Peter’s season as the Bachelor already looks promising of love, heartbreak, and of course, drama.

The drama began within the first episode of the season when Peter’s ex-girlfriend Hannah Brown stepped out of the limo during introductions. She came to give him a gift to begin his journey in finding love which could be deemed as heartfelt, however the 30 girls already inside the bachelor mansion were not quite as pleased.

“[Hannah B] is messing up the show by causing Pete’s head to not be in the game,” said junior Kenzie Chase.

However once she left Pete with a new set of wings and took off herself, the festivities of the first night continued with an all night cocktail party and rose ceremony the next morning. Things seemed to be off to a sweet and exciting start until the first group date, when Hannah Brown showed up, again, confessing her love for Peter. This led to her admitting her regrets on her past decision, and caused Peter to show his true emotions to Hannah and express his vulnerability by telling her he misses her, and inviting her to join the house.

“I think [Hannah B.] should have just left the situation alone because she went back on her choice of guy multiple times,” said Chase.

Such drama is expected with each new season, however the connection between Hannah and Peter is unparalleled, upsetting the 30 contestants fighting for Peter’s heart, and exciting Bachelor Nation as new predictions are able to be made.

“Pete needs to stand up for himself and move on. I think he’s letting the girls, especially Hannah Brown, control him more than being in control of the show himself,” said Chase.

However, beside the Hannah Brown drama, the season is off to a strong start with its exciting dates and promising relationships.

“I think that Hannah Ann, Madison, and Kelley will be top three but I think he’ll end up with Madison,” said Chase.

The return of the Bachelor is not only exciting for Pilot Pete in his quest to find his true love, but gives Bachelor Nation something to do again every Monday for an exciting two hours.

“I like watching the Bachelor with my friends because it’s a really fun thing to do every week,” said Chase.