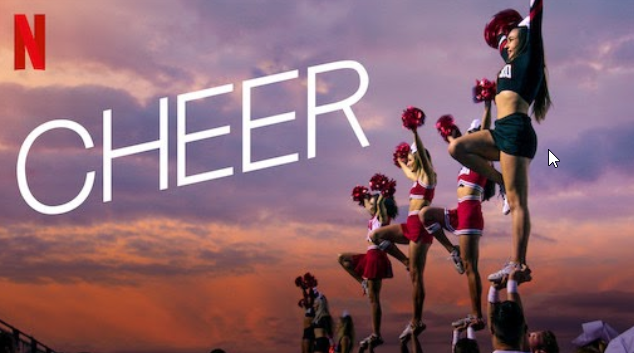 When you think of cheerleading chances are you think of high school girls cheering on their local sports team, but, the new Netflix Original series, Cheer, accentuates how there is so much more to the sport.

The show centers around Navarro College’s cheer team, the number one team in the country who boasts 13 national titles. After winning national titles in 2012, 2013, 2014, 2015, and 2018, it is no wonder Navarro is considered to be the best.

Navarro is a junior college located in Corsicana, Texas, a small southern town of about 24,000 people, around 50 miles outside of Dallas. The location helps to add to the traditional and conservative aspects of the community in Texas to the show.

“I have watched a few shows similar to Cheer, but this show just had a lot more going for it! It had the typical drama that you’d expect, but also paid attention to the personal lives of the cheerleaders. We got to see some of the struggles the cheerleaders have been through such as their struggles with family issues, loss, and mental health,” said senior Lauren Basham.

The Navarro cheer team owes the majority of its successes to head coach Monica Aldama. Aldama is a small town girl, born and raised in Corsicana, who married her high school sweetheart. She was a highly competitive cheerleader throughout her high school career, which ignited her passion for the sport. Aldama received a finance degree from the University of Texas at Austin, one of the best business schools in the country, and aimed to become the CEO of a big company on Wall Street. However, when she got an offer from Navarro, family became a priority and she decided to settle down in Texas. While her future did not go as she thought it would, she used her business degree to build Navarro cheer into a successful and competitive program, creating a strong basis and foundation that allows the cheer team to flourish.

With the help of head coach Monica Aldama encouraging the team members including Lexi Brumback, Morgan Simianer, Jerry Harris, as well as the infamous Gabi Butler, the hard work and dedication put into each practice and competition makes Cheer worth the watch.

“It was so inspiring to see how hard the cheerleaders work and how much they push themselves to be better. For the most part they all had great attitudes and really showed what it meant to be part of a team. My favorite character is definitely Jerry because of how supportive and thoughtful he is!” said Basham.