Celebrities during the pandemic 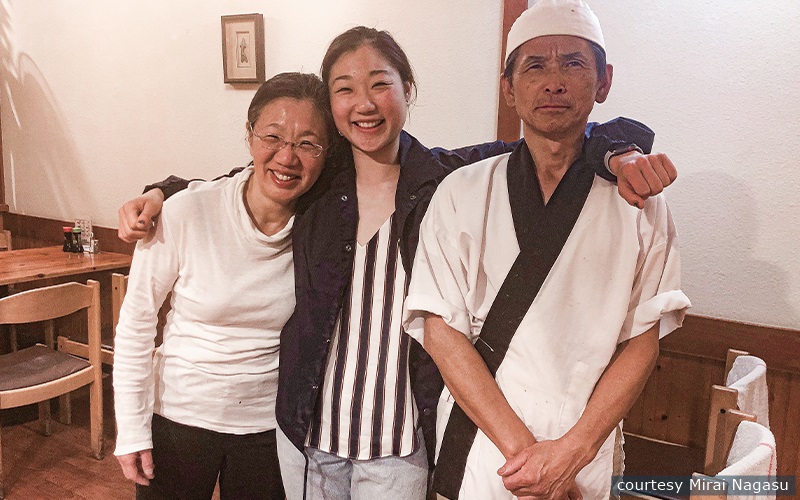 Figure skater Mirai Nagasu poses with her parents at their family restaurant, Sushi Kiyosuzu, amidst the pandemic.

Celebrities have always been put on a high pedestal by the public. Their entire existence is something unreachable and grand to the eyes of an average person. So while the rest of the world is in shambles amidst this pandemic, celebrities largely remain unaffected. They tweet and post videos from their million-dollar homes telling their fans to “remain positive” and that “we’re all in this together!” However, that last statement couldn’t be further from the truth.

As grocery aisles remain bare and people struggle to put food on the table, celebrities somehow have the audacity to complain about their own frivolous lives. High School Musical star Vanessa Hudgens was found complaining about the coronavirus and cancellation of the popular spring music festival Coachella to her 38.4 million followers on an Instagram live. “It’s a virus, I get it. Like, I respect it. But at the same time, like, even if everybody gets it, like, yeah, people are gonna die, which is terrible but, like, inevitable?” said Hudgens while sitting comfortably in her $3.1 million dollar Studio City house. Her extremely insensitive remarks stated that measures against the virus are unnecessary and that death was unavoidable.

Oscar-winning singer Sam Smith also posted photos on Instagram last month showing the stages of a “quarantine meltdown.” Many people reacted to the images calling him out for posting pictures of him struggling when in reality he is far more privileged than most people at this time. And when Pharell Williams asked his fans to donate to frontline responders, he was responded to with people telling him to empty his own deep pockets as many Americans can barely afford to even help themselves.

“They have all this money that they don’t even know what to do with while people like are struggling,” said freshman Tenzin Werner. “I think it’s selfish of them to ask us to spend our money when they have more than they could ever want.”

It’s easy to say that most celebrities who try to encourage people to support charities and donate only do it for their own personal image than to actually help the cause. Celebrity culture is beginning to dismantle and some people are now suddenly looking down on them as opposed to worshipping them. This pandemic has seemingly opened the eyes of many people to the massive wealth gap that is present in our country.

This isn’t to say that all celebrities are evil and greedy. Many of them have been doing their part to help others and raise spirits. Beyonce has donated $6 million dollars to relief charities through her foundation, BeyGOOD. Olympic figure skater Mirai Nagasu and her family restaurant, Sushi Kiyosuzu, have been providing meals to overwhelmed hospital staff. The efforts of people like them are what stops people from completely losing faith in celebrities as a whole.

One thing, however, remains true. Everyone has been impacted by this virus in one way or another, and we should all be there to support our community members during this unprecedented time. This is the time to be there for one another.