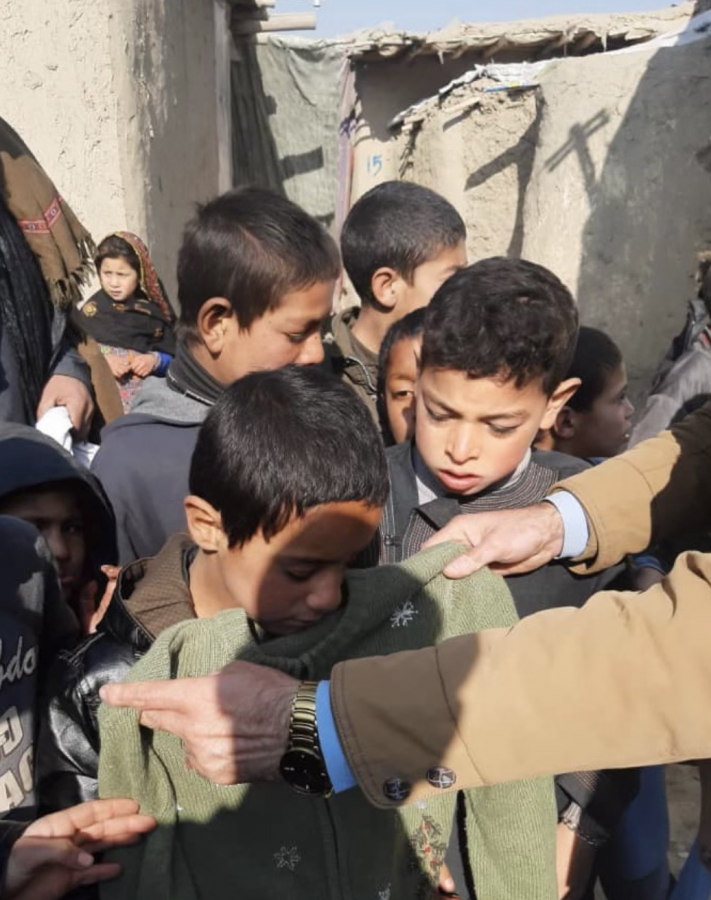 Last year, Spartans for War Victims ran a winter clothing drive for internally displaced individuals in Afghanistan. Now, the number of displaced Afghans within the country as well as fleeing refugees has substantially increased.

Turmoil in Afghanistan has taken a turn for the worse as the Taliban seized control of the entire country. Afghan students, especially, are troubled over the circumstances in their home country.

The situation in Afghanistan hasn’t always been so grim. In the 1960s’, Afghanistan was going through significant reforms and was gaining progressive values. Women successfully sought higher education as their public presence became increasingly normalized. As time went on and political tensions rose, conservative leaders banded together as the Soviet Union encroached on the country.

The Soviet invasion and its subsequent creation of the U.S.-backed Mujahideen are regarded as the start of Afghanistan’s unfortunate recent history. This Soviet-Afghan war caused the initial Afghan diaspora, with about 4.3 million refugees fleeing to neighboring Pakistan, Iran, and throughout the world.

“It was a horrible time to be in Afghanistan,” professed senior Zohal Sadiq. “​​My mom hid with her five siblings and parents in underground storage closets all day to stay safe [from the war]. She then escaped [by walking] from Kabul to the border of Pakistan; they crossed mountains, avoided gunfire, and [passed] many dangerous crossing points.”

The Taliban was created in 1994 with the help of foreign governments, most notably that of Pakistan, and ruled Afghanistan from 1996-2001 after the Afghan Civil War that followed the Soviet-Afghan war. They led the country under a strict authoritarian fist and enforced their imperious laws by instilling public fear and submission through public executions and amputations.

“[My parents’] life back home [under Taliban control] was terrible. Just to get some education, [they] would have to walk over two miles to reach a school,” said junior Mojeeb Ahmadyar.

The Taliban ruled the country until U.S. military involvement caused its leaders to surrender their last territory, thus ending their initial rule. After the Taliban’s dissolution, Afghanistan entered 20 years of U.S. presence in the country.

“Our continued presence [in Afghanistan] was so nominal that it was almost inconsequential. Yet it shored up the Afghan government, kept the terrorists at bay, and had the country moving towards progress, albeit at an incredibly slow pace,” said freshman Blythe Steahly’s father, Taylor Steahly, who served with the U.S. Army in Bagram.

Though the U.S. military ubiquity has indeed helped decrease the severity of terrorist threats to some extent, violence continued to occur during this time. The unrelenting efforts of the Afghan army against the Taliban never ceased, and their combat engagements resulted in civilians caught in the crossfire.

“Just because the U.S. military has been in the country ‘protecting’ people from [the] Taliban, does not mean [they] solved any real issues. The Taliban still bombed schools, ISIS still had a presence all over the country, and hundreds of thousands of civilian lives were lost,” explained senior Henna Javid.

In these past few years, all the progress Afghans themselves worked towards began to dissipate with the U.S. military withdrawal in August. In the span of a few weeks, the lives of Afghans juxtaposed from promising to tainted with uncertainty.

“The future of Afghanistan lies unknown. People question whether to trust the Taliban’s promises or not,” said Sadiq.

As the country developed into a precarious state, many Afghans sought to leave the country, but only a few were lucky enough to do so.

“My stepmom and siblings left as soon as the Taliban took over the lower parts of Afghanistan, and since she works with the government, she took my siblings and booked the nearest flight to Ukraine,” said Javid.

Her father, however, was unable to leave the country until recently.

“My father has just left the country, fleeing from Kabul airport straight to the United States. [He] was on one of the few flights coming in [that was] packed with passengers hoping to find a way out,” said Javid.

The country teeters on a fragile line; women are now susceptible to extremist Taliban principles. The changes have already begun, with many women no longer allowed to attend their universities or workplaces.

“Every woman and child in Afghanistan are worried for their safety. Unfortunately, it is not in [the Taliban’s] nature as small-minded men to understand the modern ideology of basic women’s rights,” said Javid.

Though the future is unsure and the situation may feel helpless, there are resources that individuals at WS can offer Afghan refugees. Volunteering for philanthropic organizations aiming to resettle Afghan refugees like the Lutheran Immigration and Refugee Service, donating to nonprofits such as Women for Afghan Women, and contacting lawmakers urging safety for Afghans can all have a profound impact.