Spartans for War Victims makes an impact around the world 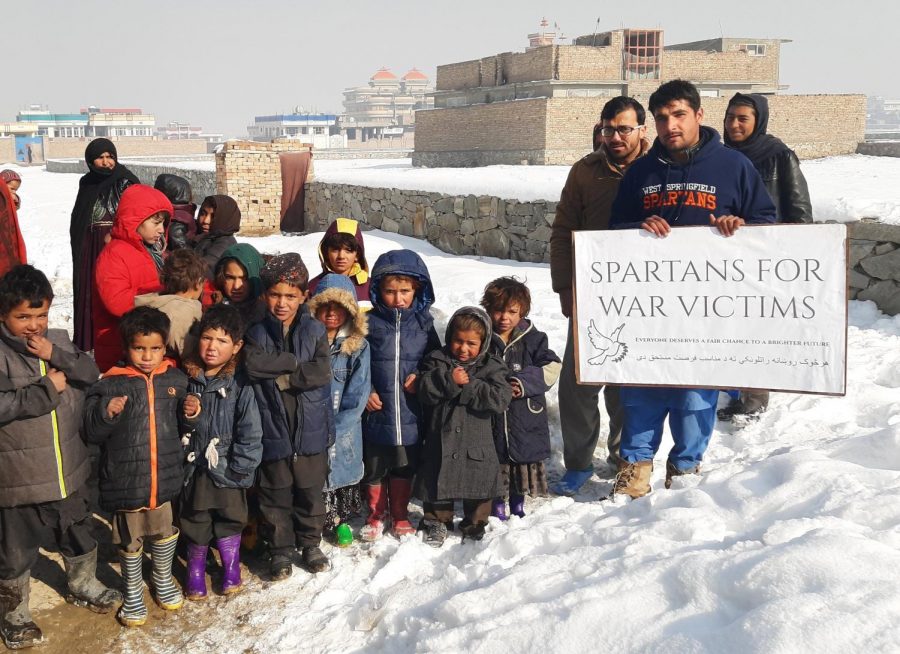 The children who received the clothing from the winter clothing drive stand in their new and warm coats they can wear this winter. The club’s twitter (@swv_wshs) provides updates and announcements related to the club’s purposes. More photos and a video of the actual clothing distribution can be found there.

The WS community has often come together to improve the lives of others in the community. This time, their efforts improved the lives of others across the globe. Spartans for War Victims (SWV) hosted a winter clothing drive last fall to help civilians of war this winter, as the clothes have been distributed to civilian children in the war-torn country of Afghanistan.

Afghanistan has been at war for the past four decades and the ongoing conflict has had severe negative effects on the civilians living there. This year, SWV and our Spartans here at WS helped the war victims live warmly through this winter.

The drive lasted for two school weeks from November 4th-15th. The clothes were distributed both at the Charai Qambar IDP (Internally Displaced Persons) camp and nearby areas to internally displaced civilians in Kabul, Afghanistan. Hundreds of children and families there were forced to flee their homes from the war and have settled there to rebuild their lives.

“We prepared for the drive by helping spread the word, prepare our clothing boxes by painting them, and looking around my home for items I no longer needed,” said SWV secretary, senior Israa Elhiraika.

These boxes were placed next to the main office, in the career center, and by room 2010 near the library.

“I am very proud of the members of Spartans for War Victims for all of the hard work they have put into this club,” said SWV sponsor Allister Sloan. “It is a very good feeling knowing that even though our reach is small, our students are making a difference in communities around the world suffering from the effects of war.”

Spartans for War Victims is a new student-run club that was created in the past school year. The club’s purpose is to aid and assist civilians living in war zones who are severely affected by the war. Along with other activities, SWV helps war victims by hosting drives, fundraisers, and raising awareness.

“I had always had a longing to help others and positively changes lives of others living around the world; so when I got the opportunity to create a club that could do that, I knew I could not miss the chance,” said Zahid.

Since its founding last spring, the club has quickly gained popularity and has members joining from all grade levels. Their meetings take place once a month in room 2026. Many join the club in hopes of helping war victims around the world.

“I chose this club because I was moved by the information that I learned about refugees and IDPs,” said SWV treasurer, senior Fikir Mekonnen. “I wanted to play a part in improving their lives through the club.”

Along with hosting drives, SWV also organized awareness meetings, where they discussed the conflicts still existing today and its effects on civilians in the country. Through this, they are also calling for an end to wars and promoting peace around the globe.

“My favorite part about being a member of the club is being able to stay informed about wars and conflicts happening around the world and how they affect the citizens living there,” said senior Sophia Wasilisin. “It’s also a great way to [learn how to] help those people.”

Thanks to Spartans for War Victims and the WS community that donated to the clothing drive, many children living in a war zone now have warm clothing to wear this winter.

“I chose to join SWV so that I could learn more about war victims myself and help make a difference in the world. Helping war victims by giving what we have too much of or don’t need anymore is really impactful,” said Elhiraika. “And that power to make a difference resides in the hands of anyone who cares.”