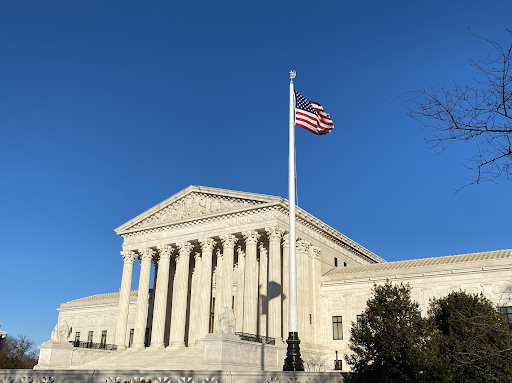 The Supreme Court is the next and final destination of the FCPS appeal to reinterpret Title Ⅸ and reestablish the law’s scope in regards to the accountability of schools for sexual assault and harassment cases. The appeal’s deadline for a response by the court is set for April 8th.

FCPS is in the midst of making an appeal to the Supreme Court asking to reinterpret the historic Title Ⅸ. Some critics of this appeal argue that pursuing this legal avenue can cause the civil rights of students across the country to be questioned and drastically altered.

“When Title Ⅸ initially started out, its focus was to provide equal access to athletics, facilities, and funding for females and males,” explained Director of Student Activities Andrew Muir. “The general scope has really been redefined and expanded in the past four to five years.”

More recent obligations under this law include the deterrence of sex-based harassment such as sexual assault and violence. Now in Title Ⅸ’s 50th year, FCPS is challenging a decision made by the United States Court of Appeals for the Fourth Circuit that the school board was liable for a sexual assault against a student during an Oakton HS band trip in 2017. They claim they had zero knowledge of the assault, despite the student reporting it to employees at her school.

A statement received from FCPS’s Media Relations Manager Julie Moult explains the purpose of this appeal is to clarify whether all public schools must be accountable for unpreventable sexual misconduct.

“The question in this case is only about whether Congress intended America’s public schools, and the teachers that work in them, to be held financially responsible for student-on-student misconduct that they had no way to foresee and did not cause,” noted the statement. “We believe the law should be applied the same way nationwide, and only the Supreme Court has the power to restore that uniformity.”

Opponents argue the removal of responsibility may cause students to end up questioning whether they can safely come forward to their administrators or educators with their sexual assault or harassment experiences and receive proper handling or support in response.

One of the biggest outcries regarding this reinterpretation is that it may create a loophole where schools will not be held liable unless students are sexually harassed or assaulted at least twice.  Schools can then allege they prevented a repeat assault or harassment if it only occurred once and escape culpability. This has been summarized by Judge James Wynn Jr., one of the judges from the Fourth Circuit, stating that “schools do not get ‘one free rape.’”

“Fortunately, the appeals court said, ‘that’s ridiculous and that’s not how the law works,’ but now they’re taking [the case] to the Supreme Court. Anything can happen with the Supreme Court if they agree to take the case,” said a spokesperson for the local non-profit Shatter the Silence FCPS. “If they do take the case and [win], it will basically destroy Title Ⅸ for not just Fairfax, but for the entire country.”

Shatter the Silence FCPS is aiming to raise awareness surrounding this case and other accusations of FCPS mishandling of sexual misconduct, especially since they are an organization run by survivors and those close to them. They have created a petition asking the Virginia Attorney General’s Office of Civil Rights and the Federal Government’s Department of Justice Office of Civil Rights to conduct an independent investigation. They managed to garner 15,000 signatures in about two weeks and now aim for 25,000.

“It’s not just [the events happening], but also how the school district retaliates against activists, survivors, students, and parents who come forward,” said Shatter the Silence. “Enough is enough. We’re citizens [and] the school board is an elected body, so we need to band together and demand change. Quite frankly, the response has been overwhelming and in such a short time.”

Outside of the case at Oakton HS, another situation where FCPS disregarded students who came forward with sexual misconduct and harassment is a 2016 case at Lake Braddock Secondary School. The former principal Dave Thomas ignored sexual misconduct allegations brought forward by students regarding the varsity basketball coach John Gianelli. The students who reported him were even removed from the team, an extreme violation of Title Ⅸ. The coach resigned three months after a student made the first formal complaint, and in the end, an FCPS internal investigation found no “failure to act” by school leadership.

“We’re hoping that [one day] there can be a nonpartisan coalition that goes across the political spectrum that says something very simple: When you go to school, or when you send your kids to school, schools have to keep you safe,” said Shatter the Silence. “So [every incident can] all start and end with accountability.”

As of now, nothing is set in stone for Title Ⅸ’s future until the Supreme Court reviews and responds to the case on April 8th. Until then, the entire country is awaiting the outcome of this appeal.