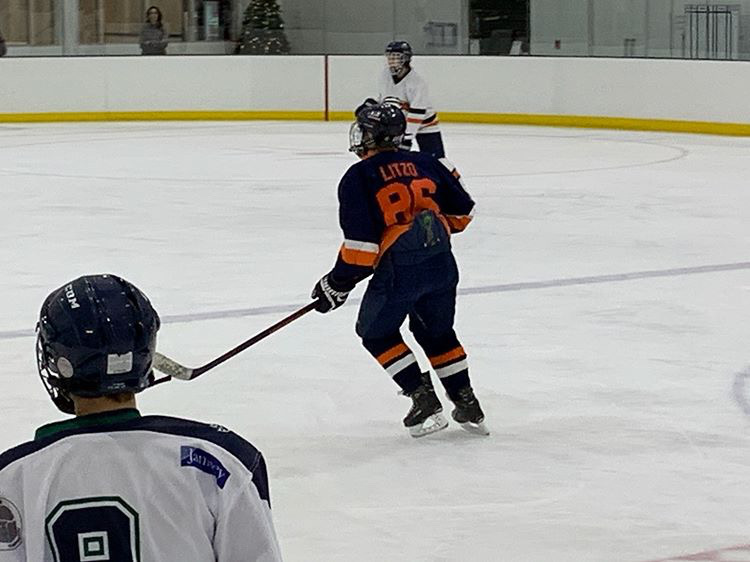 Even though it is under the name of WS, the Ice Hockey team actually consists of students from various schools in the county. It is a group of students  who love to play the game of hockey because it is both their passion and hobby.

Senior Aaron Litzo has fallen in love with hockey since he was six year old and plays for the WS ice hockey team as a senior. He currently plays center and usually plays on the first line.

“I’ve played it since I was six,” said Litzo. “It has always been a part of my life even when I was walking around in diapers.”

Ice hockey is a sport that separates itself from the other national favorites such as baseball, football, and basketball because of its speed and pure physicality . Football may have people tackling each other, but ice hockey is one of the few sports where people are encouraged to be very physical to assert their dominance over the game.

“I just [love] hockey’s intensity,” said Litzo. “There is constant movement, physicality, and speed that cannot be matched by any other sport.”

As Litzo continues to mature into a hockey player, he plans to continue playing for as long as he can, pursuing his passion of hockey. Even with different students coming together to play hockey, everyone plays hard together.

“[Other students] fit right in,” said Litzo. “There are no problems based on where people go to school and no bad blood at all.”