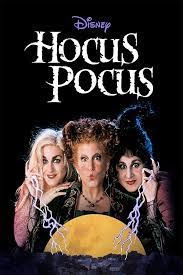 With Halloween just around the corner, there is a return of classic seasonal movies. Among them is Hocus Pocus. This film brings nostalgia through the unique storyline, but unfortunately the acting performance does not live up to the movie’s reputation.

“Hocus Pocus” follows three kids, Max, Dani, and Allison, on an adventurous quest to stop the evil witches, the Sanderson sisters, from becoming immortal and returning to earth. This film praises the idea of teamwork and is consistent with its PG rating, as a result of no scary elements.

Known as a kids movie, it was expected that the acting was to be targeted to viewers around eight and nine years old, however, it was overly animated and leaned more towards what four and five year olds would find entertaining. The actors greatly missed their target audience and it is a hard fact to escape while watching the movie.

While the acting leaves more to be desired, viewers have little to no complaints when it comes to the storyline. It was brilliantly thought out with details like having Thackery Binx, the boy at the beginning of the movie based in the sixteen hundreds, come back in the present day as a cat. The screenwriters used specific dialogue from the earlier time period to truly bring Binx’s character to life.

Overall, “Hocus Pocus” is a movie that I would only recommend for its sentimental value. The movie is merely moderate and not something that I would choose to watch over other traditional Halloween movies.