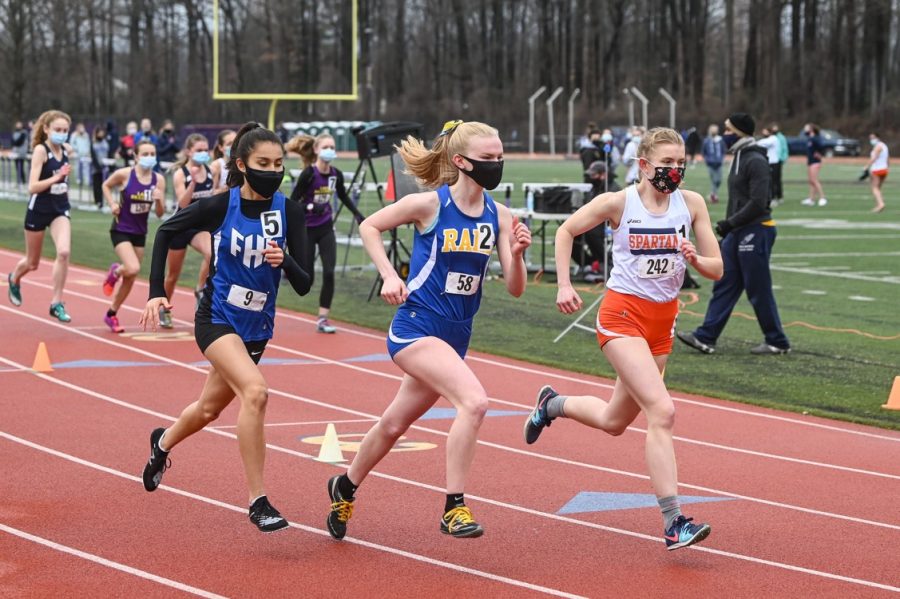 In the midst of fall sports in April, senior Jane Bruenjes was running a cross country race when she passed out, all while wearing a mask. Intense running can cause the chances of fainting to go up, but with the restricted oxygen intake due to masks, it was inevitable for an incident like this to happen. “Not only did the mask make it difficult to breathe fresh air, but it escalated the panic I felt when I realized I couldn’t breathe.” says Bruenjes.

Before all of this, the county’s rule required masks to be worn at all times during practices, games, and meets. Throughout the season, each sport was able to figure out the disadvantages. While some sports dealt with restricted oxygen, other athletes had vision limitations. Lastly, competing was impacted overall, with other teams being at an advantage. Sports director Andrew Muir goes on to say, “This was difficult when FCPS schools competed against other schools from around the state who did not have to wear masks”

After Bruenjes incident, Jane and her parents went straight to demand a change. In one short week with a couple petitions and support, a Governor executive order was sent out making an exception of masks during exercise. She says, “I am very happy with the new policy because both me and my teammates have noticed a huge difference in our ability to compete”

Though the masks did add disadvantages, safety is always the priority to keep every athlete safe. During the pandemic, coaches have seen the risks of their specific sports. With his athletes only competing outdoors, cross country and track coach Chris Pellegrini says “While I totally understand and respect the need for safety, everything I’ve read about COVID-19 indicates that transmission is highly unlikely outdoors”

But with the rules changed for the remainder of the fall season, and now going into the spring, athletes are able to compete to the best of their abilities.

“I would like to thank the athletes and coaches for their work during the 3 seasons. They adhered to the rules that were in place at the time and adapted to new ones as they were implemented” says Muir.