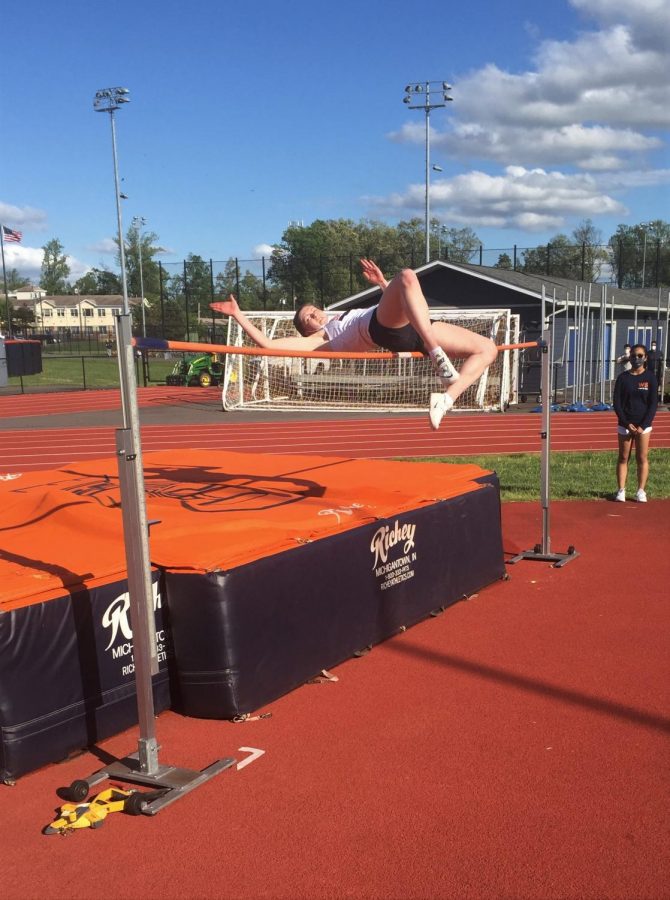 WS track athletes recently competed in their one and only home meet of the spring track season. The event doubled as Senior Night, where students and staff took time to honor our soon-departing athletes.

“I was very pleased we were able to conduct a Senior Night,” said Head Track and Field Coach Chris Pellegrini. “I do think that is the biggest recognition we can offer, and I think it was conducted in a normal fashion. There might be a few other things along the way that are being missed, but the Senior Night is a big one.”

It’s undeniable that the pandemic has had a massive impact on all of the high school sports programs, and with immensely truncated seasons, opportunities for all of our student athletes to compete have been far more limited. But this is especially impactful for the many seniors in the track program, whose last seasons with the team might already be over. Athletes who have qualified for postseason may be able to push their tenures through to June, but with no auto qualifiers this year, they’ll have to continually perform well to stay around. Despite the gloomy circumstances, WS seniors managed to perform up to their bests.

Senior Ashley Smith, who was regrettably unable to be interviewed for this story, has managed to carve out a place for herself as one of our school’s all-time best girl high jumpers. Jumping in front of a home crowd earlier this season, Smith cleared a height of five feet, three inches to definitively put her name into the top 10 in school history. She was the only athlete competing at Senior Night specifically whose achievements were of historic note, but it’s not like that was the only meet where records could be made.

Competing in an invitational meet just two days earlier, Lawrence recorded times of 12.86 seconds and 26.28 seconds in the 100 and 200 meter dash, respectively, which put her in the top 10 for both events. Making these lists is a rare feat to begin with, as her 100m time immediately made her the first athlete this season to do so, and then, to immediately do the same thing again on the very same day and the same meet, is just remarkable.

Lawrence refrained from running again at Senior Night, but she jumped alongside Smith at the high jump pit. She managed to clear a height of four feet and eight inches, which, while not quite as impressive as Smith’s mark, is still very good given the fact that she had never high jumped before in a meet. And her success with running was not finished either, as Lawrence would clock in a 26.34 at the Spartan Invitational to snag another top 10 performance in the 200 meter dash.

Now, while both of our girls and boys 4x100m relays have come exceedingly close, so far, Lawrence and Smith remain the only two track athletes whose performances this season have made the top 10 list for any track and field event. While that is far from the only indicator of success, it is certainly one of the highest achievements someone can earn during their high school career and it’s a clear sign that our seniors are giving everything they have, despite the prevailing circumstances.

And, it’s not like the rest of the team has come up short or anything. School records, while certainly desirable, are not the only indicator of success. They’re records for a reason, and for most athletes, winning an event at a meet, or even just setting a personal best, is enough of an accomplishment. And even a global pandemic can’t stop WS students from trying their best at sports.