NBA off to rough and rocky start to 75th season 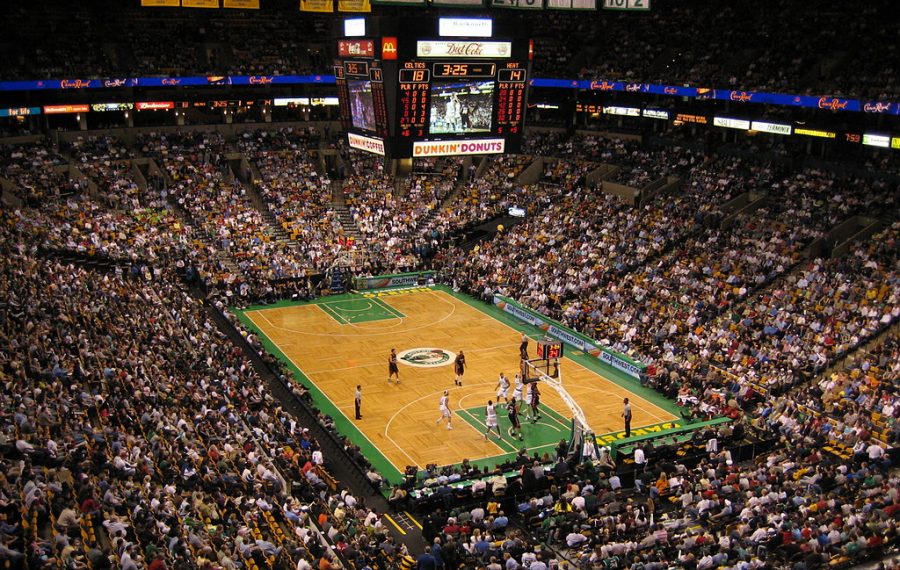 NBA stadiums are back to being packed full of fans but the growing conflict within the league has some worried about the future yet to come.

The last two years have been challenging for all sports, basketball included. From the 2019-2020 bubble playoffs to the empty arenas and uncertainty of the shortened 2020-2021 season, the NBA has had a uniquely challenging two years compared to other leagues in the United States.

The 2021-2022 season, the NBA’s 75th Anniversary season, breathed a fresh air of normalcy into the basketball world. The stadiums are full again, the season is a normal length, and there’s a sense of excitement that basketball is back as before. There is disappointment, however, that the NBA season has not had the clean start that many were excited for, as the first months of the season have been caked with controversy and conflict.

Chief among the conflicts has been the sudden start to the NBA’s season. In years past, the NBA Finals would end in early June, and the new season wouldn’t start until the following October. This year, the Milwaukee Bucks weren’t crowned champions until late July, but the season still tipped off in early October. Nonetheless, Cynthia Joyce, the Sports Marketing teacher and longtime NBA fan, is not quite concerned.

Now, Joyce’s opinion may not be a popular one across the basketball world. Some would point to the lingering ankle injury that LeBron James, a player who has played in the playoffs for the last couple of years, has had; arguing that a longer break away from active play would help players like James deal with lingering injuries.

This conflict is not just centralized in this single issue, however. The bigger picture is the sparring players and league executives have done for years now, and the new fouling rules certainly won’t help.

Any fan of NBA basketball knows about the “Non-Basketball Moves” fouls, where a player intentionally draws contact to create a foul. This season, the NBA has cracked down on these moves, and with that, certain players have begun to complain.

Both the Wizards’ Kyle Kuzma and the Warriors’ Draymond Green have said that they love the way games are being officiated, while the Nets’ James Harden and the Trail Blazers’ Damian Lillard have been very critical of the rules. Supporters of the new way NBA referees are calling games would argue that the game is much more enjoyable to watch without these fouls, but others say that players have begun to hack certain players without consequence.

“Overall, I think it’s a good thing,” said Joyce. “It’s gonna cut back on all those fouls that we have been so sick of seeing from certain players.”

With all of the muck surrounding the league, maybe the All-Star break, in the middle of the dead heat towards the 75th Larry O’Brien trophy, could be the place where players take a stand, or perhaps all these issues will fade as players adjust to the new normal. In recent years, the NBA has made efforts to spice up the All-Star game, but still a large portion of even the most dedicated fans just don’t feel like there’s a reason to watch. Maybe the worst-case scenario is that players completely lose interest in the All-Star game as a whole

“I absolutely think that it’s gonna happen,” said Joyce. “Unless they come up with some alternatives or changes for the game, there’s just no incentive for the fans or the players to care much about it.”