Month of the Military Child: justified or misguided? 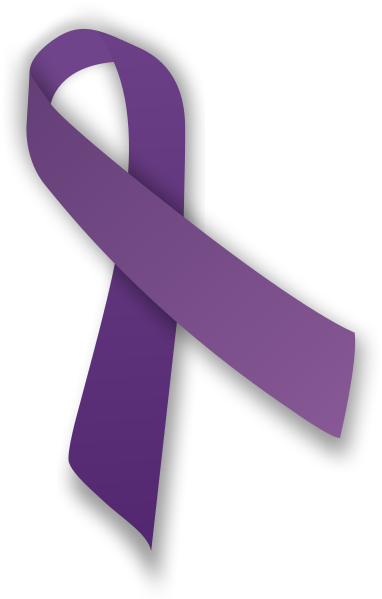 Purple ribbon for Purple Up! Day. Purple is the color that symbolizes all branches of the military, as a combination of Army green, Coast Guard blue, Air Force blue, Marine red, and Navy blue.

West Springfield High School chooses to designate significant portions of the year for honoring underrepresented and minority groups, such as Black History Month in February or Women’s History Month in March. So why is April spent celebrating military kids?

“The month is to recognize military kids for their sacrifice and bravery on the home front,” said counselor Kimberly Greene-Herbert. “Military children deal with separations, deployments, frequent moves and even their parents’ injuries as part of the life they were born into or entered with their families.”

According to a recent Spartan Virtual Learning Newsletter, there are more than 14,000 military-connected youth in FCPS schools, and many of those students are put under tremendous stress from factors that are completely out of their control. Given that, it’s difficult to definitively argue that military children shouldn’t be recognized for what they go through. But whether or not military children can really be considered a minority group, however, is still up for debate. Some may wonder why April isn’t spent celebrating another historically underrepresented group and, in particular, why WS doesn’t recognize Autism Awareness Month.

“In Virginia, a large majority of the student body is made up of military children, which explains its focus,” said sophomore Jensen Kugler. “However, this also means that these students already are cared for, and rarely are bullied for being a military child. Autism awareness, thus, is more needed because it is not already happening. Autistic kids continue to be needlessly misunderstood and targeted by their classmates, which the school could make strides to fix if they were to shift their April programming.”

According to the CDC, one out of every fifty-four children in the United States is autistic. Since, on their website, FCPS claims to enroll more than 188,000 students, that means that there should be about 3,500 students with autism in the county. Now, having autism may not be quite as common as having a parent in the military, but, as a group, they are not anywhere near as understood by their allistic peers as military children are. Our society frequently uses the term autistic as an insult, which is certainly not something that military children generally have to worry about.

Even at face value the Month of the Military Child can still come off as a somewhat peculiar choice. Objectively speaking, there is no clear way to judge a military child upon meeting them because that label is not actually a specific indicator for a person. The only thing connecting military children is that their parents have similar jobs, which doesn’t tell you anything about who they are. Just being a military child is a status completely independent of intrinsic personal values such as gender, race, sexuality, and creed. Even so, it can be just as impactful on a child’s development.

“It determined where I lived, and how I experienced many aspects of childhood,” said sophomore Sean Hood. “I lived in Florida for a year, which made my education more difficult.”

So with all that being said, is it better to recognize the Month of the Military Child or Autism Awareness Child? Here’s a better question: is it too much to ask for both?