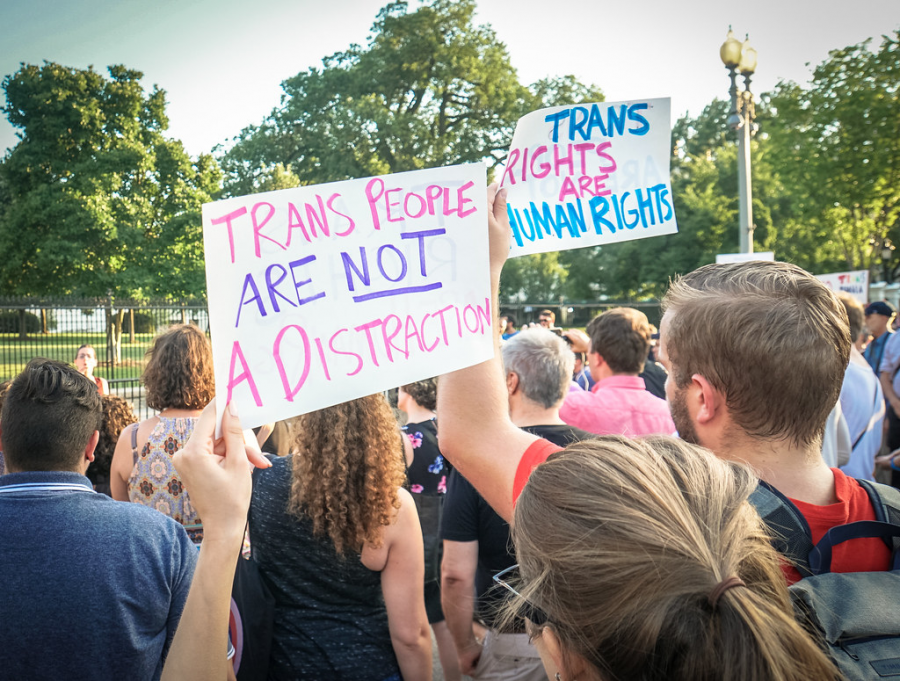 According to the HRC, 62% of people in the US support trans rights, which is an 37% increase from just 5 years ago. Still, trans people face the same prejudices as before and often get mistreated or labeled negatively by a society that doesn’t understand nor see space for them.

In Georgia, four bills have been introduced to ban health professionals from giving gender-affirming care to trans minors and exclusion from joining school sports in their gender identity. Those bills never passed, but similar patterns of legislation moving towards a concerning wave of transphobic legislation is happening in 33 other states.

Transphobic sentiments are nothing new in America, with past restrictions of bathroom, military, and sports access from organizations and governmental figures.The Human Rights Campaign (HRC) reported how 2020 saw the highest amount of transgender people being murdered in recent history. Transphobes have, however, become more politically vocal, with 65 bills being introduced this year, more than any year in recent history, resulting in reasonable concern from the LGBTQIA+ community and allies.

While these policies are under the guise of protecting children and families, such as the recent Arkansas bill being titled the “Save Adolescents From Experimentation (SAFE) Act,” harm towards trans youth is the prime aftermath. According to a study by the HRC, transgender youth are nearly four times more likely to face depression than cisgender (non-transgender) youth. Even something like a disruption of gender-appropriate restroom access in a college setting makes them 45% more likely to commit suicide.

With these policies, it could be said without a doubt that these numbers will go up in these states, and innocent trans youth will be subjected to more invalidation, but from a much more consequential place.

It’s also important to mention how these policies solidify harmful stereotypes and notions against trans people. They have historically been stripped from their gender identity and freedom for centuries, and routinely stigmatized and discriminated against as something foul. In 2019, the World Health Organization(WHO) finally removed being transgender as a ‘mental disorder,’ and Gay and Lesbian Alliance Against Defamation (GLAAD) reports that since 2002, anti-trans slurs, words, and dialogue were included in 61% of popular TV shows.

Trans women specifically consistently get pinned with the stigma of being predators and deviant characters through society’s misogynistic and outdated views of gender, with trans women facing much higher rates of sexual assault and violence than cis women and experiencing a lower status than any other group after transitioning. Policies like bathroom and sports restrictions that are backed by organizations such as SAFE continue to push these harmful biases not only to a younger audience but to a larger platform: official policy in state government. The policies are perpetuating the same amount of damage caused by historically significant anti-LGBT organizations like Save the Children that LGBT people have been advocating against.

Not only that, but these laws also push a narrative that could increase the likelihood of transgender youth experiencing heightened violence and acts of discrimination, which does the exact opposite of what it means to truly “save adolescents”, as this statement only implies that trans youth aren’t true adolescents worthy of protection and care.

More and more of these policies are getting introduced and even implemented across the country and a study from the Movement Advancement Project reporting that only 9% of trans youth believe their communities are welcome. Now it’s more important than ever to show support and solidarity for the Transgender community, and work to provide and supportive and loving community to live and grow in, regardless of gender identity.